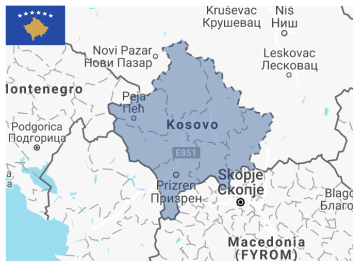 Economy: Kosovo is one of the poorest nations in Europe, with more than half its inhabitants living in poverty and an unemployment rate of 70% [http://prayercast.com/kosovo.html]

The Kosovar Flag: Fun wikipedia fact–the Kosovar flag was the result of an international design competition that took place shortly after the country declared independence. It is blue with a yellow silhouette of the country displayed beneath six white stars. The stars symbolize Kosovo’s six major ethnic groups–Albanians, Serbians, Turks, Gorani, Romani and Bosniaks.